There are many things that can go wrong when you’re trying to breed parrots: 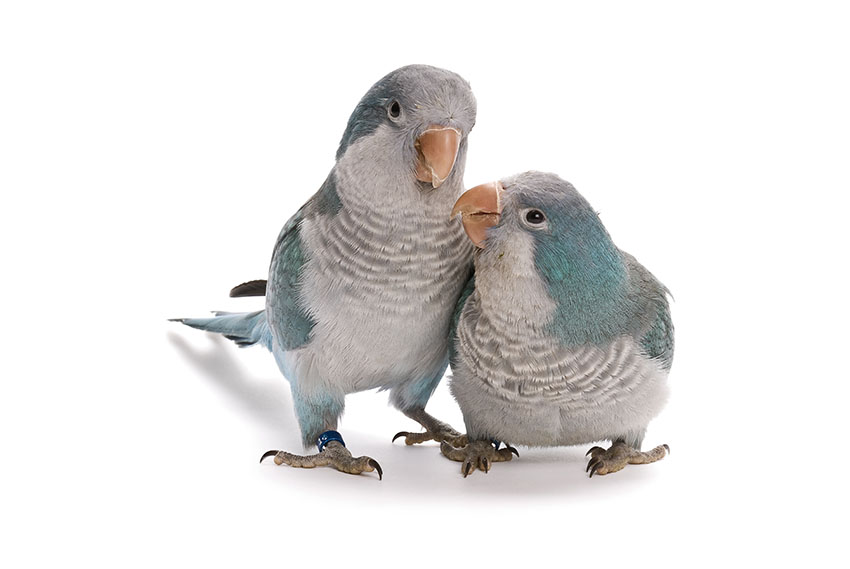 Hi there, it may seem a bit of a silly question...but are blue quaker parrot able to successfully breed with quaker green or yellow quaker parrots? I know that there are some size differences between blue quakers. Many thanks!

I have an African Grey, which we thought was male and was kept in a cage for 10 years, but now she is allowed to roam around, she has built herself a nest in a cupboard and laid two eggs. We introduced her to a 15 year old male, and she seems attracted ('kissing', sharing food), but he was nervous. Should I bring the male home, and, if so, should he stay in a cage for a while before I allow them time together? During the summer, the female lives in a 4m x 1.5m x 2m aviary in the garden; it has a nestbox and living plants.

have a pair of cocktail parrot but the problem is that I havent get any male parrot out of them. Up till now I got 4 breads out of them. Please suggest if there is any solution.

I have a double yellow nape Amazon that is 19 years old. I think she wants to breed. I have never done this before. Can you point me in the right direction. And what is the cost to breed her with a other Amazon bird?