The History Of The Bee

The honeybee is a highly sophisticated insect that has evolved over millions of years. The earliest recorded Bee was found in Myanmar. It was found encased in amber and has been dated as 100 million years old. It's likely that the bee originated in the Far East. In those early days, the bees were more like wasps, eating other insects rather than nectar and pollen. It's unclear exactly when bees decided to become vegetarian but considering the choice between eating a fly and some delicious, sweet tasting nectar from a cherry tree in full bloom, it seems like a good decision. 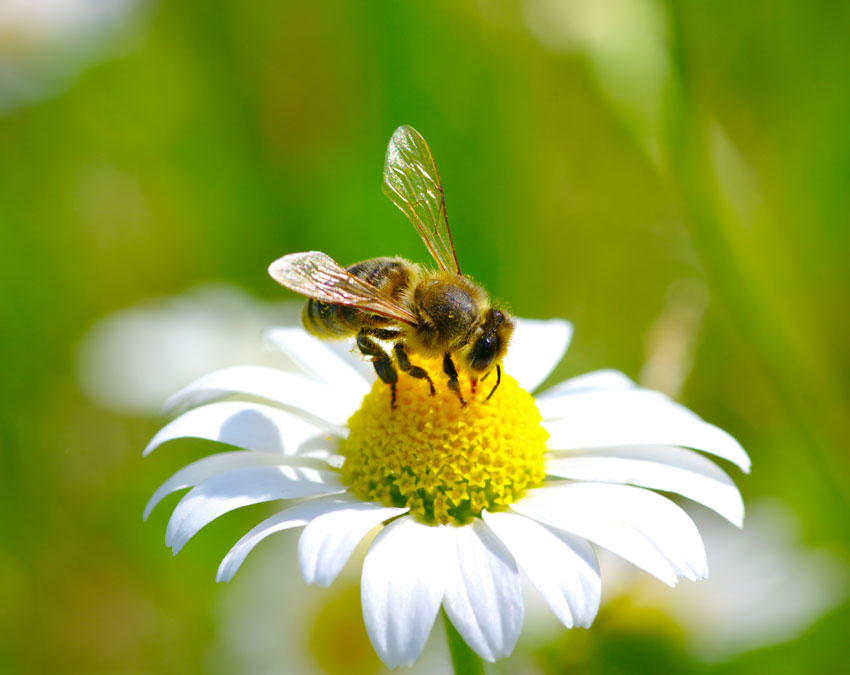 
Today bees live all over the world and there are approximately 20,000 species. These range from the giant leaf eating bee, which is over 3cm long to the tiny dwarf bee which is just 2mm long. The honeybee is just one of these species. Most other bees do not live in colonies preferring a more solitary existence. Bumblebees for example live in burrows in the ground.

As well as crop pollination scientists believe that bees are responsible for the rich flower diversity we enjoy today. Most flowering plants cannot self-pollinate and pollination that relies on the wind to carry their seed is not very efficient, so flowers evolved with bright colours and markings to attract bees and to ensure that they were rewarded for the pollination service provided them with a nutritious nectar too. The bees drink the nectar and transport it in a special stomach back to the hive to share with the Queen, of course, and also to feed the hive bees and the larvae which will become the new bees.

For early man, discovering honey was as life changing as the discovery of fire. For the early hunter gatherers who hadn't yet developed the beesuit and veil, collecting honey was as painful as picking up a burning stick. However, the bravery was worth it because it seems humankind had, in preparation, already developed a sweet tooth.

Honey was the most important sweetener for food and alcoholic drinks in ancient times. So important were these activities that parents named their children after the bees. Both Deborah and Melissa mean "bee", in Hebrew and Greek respectively. It has been sought as an antiseptic and sweetener for at least 100,000 years. In Ancient Egypt and the Middle East, it was used to embalm the dead.

In fact it wasn't until Egyptian times that peoples started to keep bees at home. The Egyptian hive design was a simple upturned straw basket called a skep. These are still used today although mainly for temporarily housing a colony of bees that has recently swarmed.

Early beehives, such as the skep, were not designed for long term use. The honey couldn't be extracted without destroying the hive and therefore the colony. The system only worked if the colony produced enough bees to create a swarm, which would be caught and go on to provide the honey in the following year. Otherwise, each year a new swarm of bees had to be caught. There was a desperate need for a way of keeping the same colony of bees year after year so that more honey could be produced and the apiary expanded.

A breakthrough discovery in beekeeping was made by a man called Lorenzo Langstroth. He discovered that bees would keep a 'bee sized' pathway clear within a hive if it was between 6 and 8mm wide. He named the discovery 'spazio di ape' (or 'bee space' in English). This discovery was important because it led to the development of hives with moveable frames of comb. This allowed the beekeeper to remove comb and honey without destroying the hive. It also enabled the beekeeper to start manipulating the colony; helping it develop and grow. This discovery is often sited as the start of modern beekeeping. May I use some of this material on my beekeeping related website please ? well researched !!

very fine material for research on symbolism of bees for a public lecture. thanks, holmes

This helped me lots with a project thx!

I want to learn more about bees! It appears they are more intelligent than humans.