Many parrot species can be taught to deposit their droppings in a designated place, just like a cat or dog. This is very handy if your parrot spends a lot of time outside the cage. It takes time and patience, but is worth the effort. As with all forms of bird training, positive reinforcement in the form of attention and treats helps a lot.

Smaller species such as budgies and parrotlets cannot be trained easily, as they need to evacuate their bowels too frequently. Younger birds of the larger varieties are in with the best chance of learning. 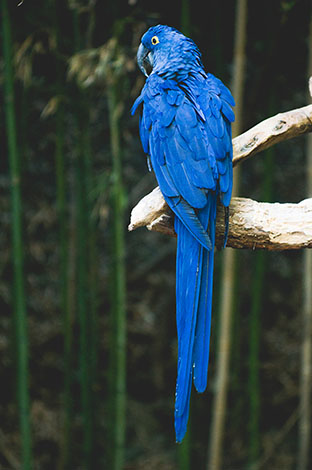