Which Came First, The Chicken Or The Egg?

If you simply want to know the answer to practical questions such as how many eggs a chicken lays or what the best type of chicken shed is, look away now. But if you’ve ever been intrigued by the question “which came first, the chicken or the egg?”... well, so have we!

This question is an old one - it was first asked by Plutarch in his collected series of essays Moralia, written around 100 AD.

The conundrum is more about the discussion than the answer, and presents an interesting way of thinking about evolution. In other words, when did the bird we now call a chicken first appear? All domestic hens have the Asian Red Jungle Fowl (Gallus gallus) as their ancestor, so the question is all about when that species first appeared. 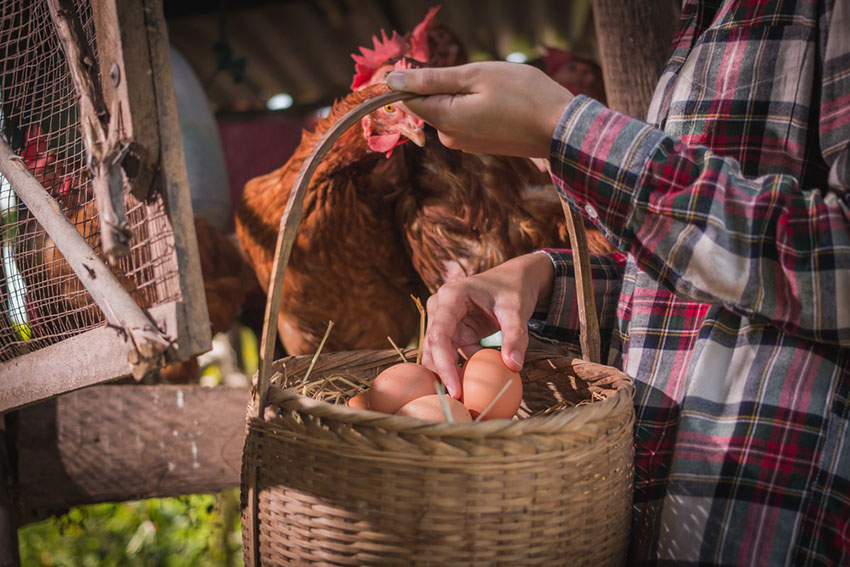 Which of these came first?


The Ancestor of the Jungle Fowl

The fossil record is very patchy, so there is no clear cut chicken origin. But if you try to imagine how the common ancestor of the Jungle Fowl and the Common Pheasant might have looked, you have some idea of the kind of bird our friend the chicken first diverged from. And that’s a good start.

Let’s call this chicken-pheasant ancestor the Chicksant. Perhaps one of the hens, or its mate, (or both), carried some rogue genes. The hen then laid an egg that produced a chick sufficiently different in its genes to be the parent of a new branch of birds that could no longer be called a Chicksant, and could instead be considered the next step on the evolutionary path that led to the Red Jungle Fowl.

In that case, the answer to our question is ‘the egg’.

But perhaps a change in behaviour came before the change in appearance. Maybe a group of Chicksants found themselves in a new environment in which scratching and perching were suddenly the deciding factors that separated successful Chicksants from less successful ones. Over the coming generations, those successful birds would eventually change physically as they adapted more fully to their habitat, until there was a new species, significantly different from its ancestor the Chicksant. In other words, the Red Jungle Fowl had appeared.

In that case, the answer to the question is ‘the chicken’.