If your hamster is scratching itself repeatedly, then some of the most likely reasons include dry skin, mange, mites or some form of allergic reaction.


If your hamster’s ears are very dry and flaky, then this could just be a little bit of a dry skin issue, just as many humans get. This can be solved by smoothing a little bit of petroleum jelly on the back of their ears once per day. This should be enough to provide some relief to your hamster, and to keep the skin nice and hydrated.


Another cause of scratching is mange. Sarcoptic mange is caused by mites, and they cause lots of dry, irritated skin that is quite scabby and crusted. The mites are microscopic, but although they're invsible to the human eye, they’re causing your pet a lot of discomfort and pain, as they burrow under your hamster’s skin. It’s important to your pet’s health that this condition is treated quickly, as it’s very painful. 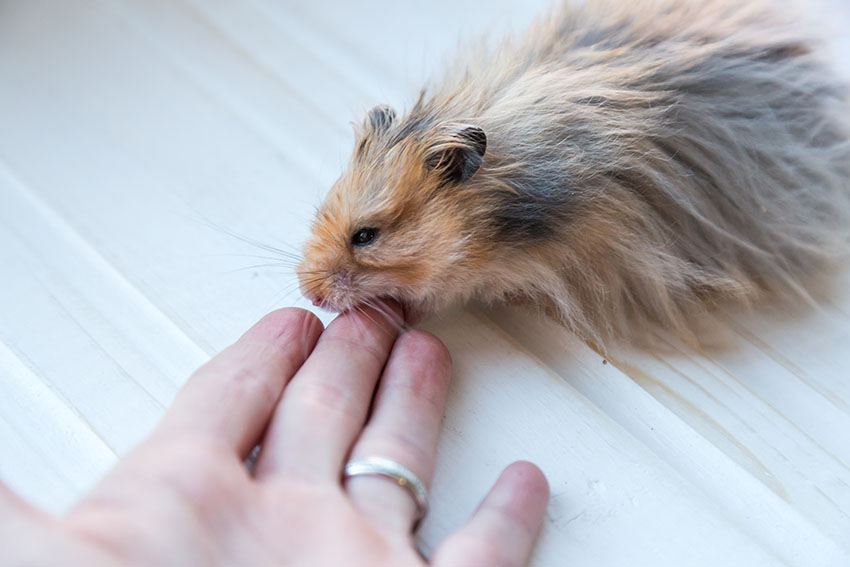 
If your pet has dry, irritated skin all over its body, then the diagnosis could be non-mange mites. Mites are tiny little invertebrates that live on your pet’s skin. In small numbers, this variety are not a problem, but in larger numbers they can be extremely uncomfortable for your pet. The skin on your hamster will be quite crusty, and they may be suffering from some hair loss. This can be treated by some medication given to you by a vet.


Another option is that your hamster is allergic to something in its cage. If you hamster has a poor reaction to something, then this could be the cause of the itching. Allergies are dangerous if not treated or addressed. If the scratching is accompanied by anything like wheezing, sneezing, laboured breathing, or discharge from the nose or eyes, then the problem scratching could be caused by an allergy.


Don’t forget that your pet can be suffering from multiple health problems at once. For example, if they’re scratching as well as having a runny nose and trouble breathing, then they could be suffering from a respiratory infection and a mite infestation at the same time. If you can’t figure out why your pet is scratching itself so much, then a vet will usually be able to provide you with a diagnosis.

Hai! I was wondering if/ how I can help my hamsters itching problem. Thanks.

just today I cleaned my hamster tank and I have noticed that he started scratching his ears, legs, and back. It is the same bedding I always use so I don't think it's an allergic reaction. He also tried to fall asleep behind his wheel when he has tunnels he had made. I am very confused and worried.

My hamster is scratching his lower back and leg. I’m really worried, is there anything I can do with us in lockdown?

My hamster also seems perfectly healthy just this itching thing he’s been having recently Not sure what to do during this pandemic:( I tried taking certain treats out to see if it was the food, changed bedding not sure what to do.