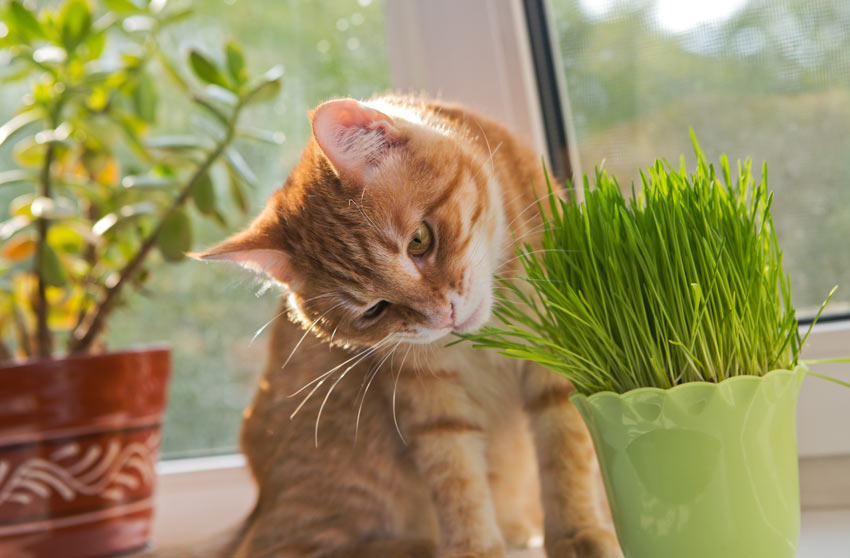 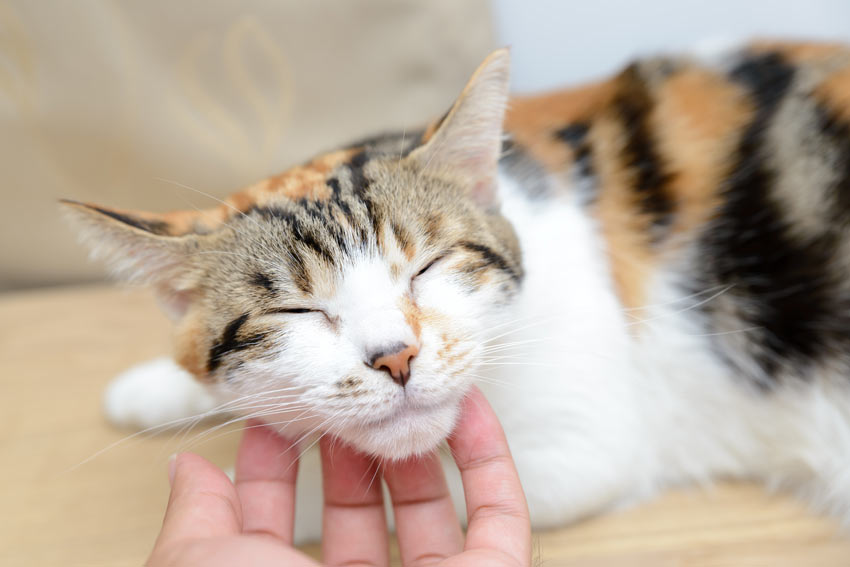 A cat having a good chin rub with its owner