Whether or not a gerbil is nocturnal depends on what species it is. There are two main species of gerbils kept as pets, and although many gerbils are active during the day, some are what is known as crepuscular - if an animal is crepuscular then this means that they will be active generally around the periods of dawn and dusk.


Mongolian gerbils are the most commonly available pet gerbil. They are diurnal, which means, like us, they are active during the day. However, they sleep frequently throughout the day, and during these sleeps they should be left alone. 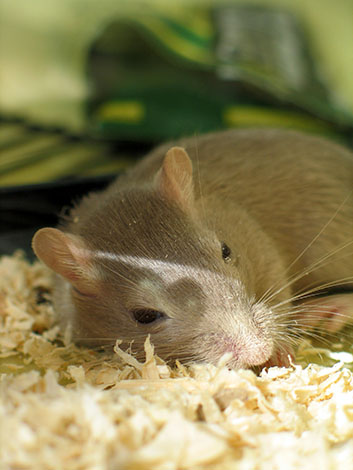 
With some species, such as the fat-tailed gerbil, they have become more active during the daytime rather than at dawn and dusk, so they have generally become a little less crepuscular and a little more diurnal. This is excellent news for those interested in keeping these animals, as it means that they can spend more time with them. Owners of hamsters, a nocturnal species, spend most of their time at odds with their pet - hamsters don’t like being woken during the day, nor do we at night!