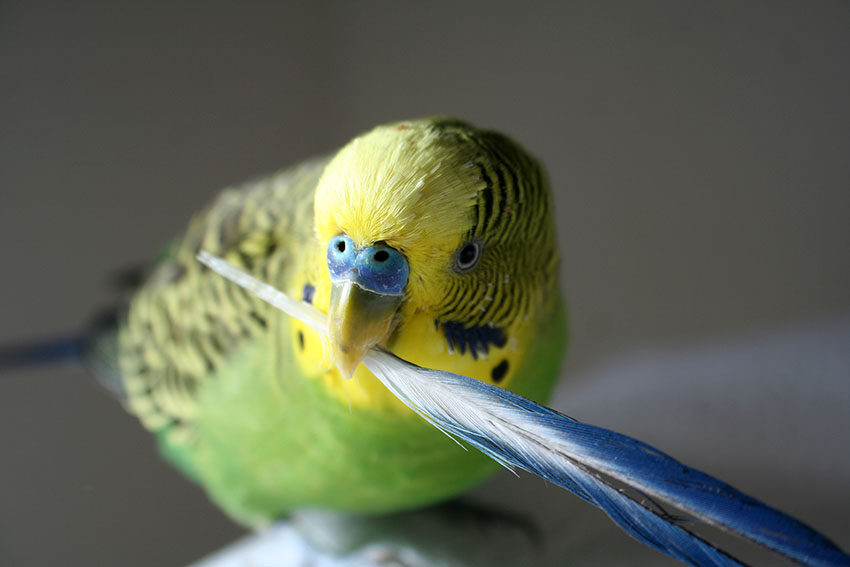 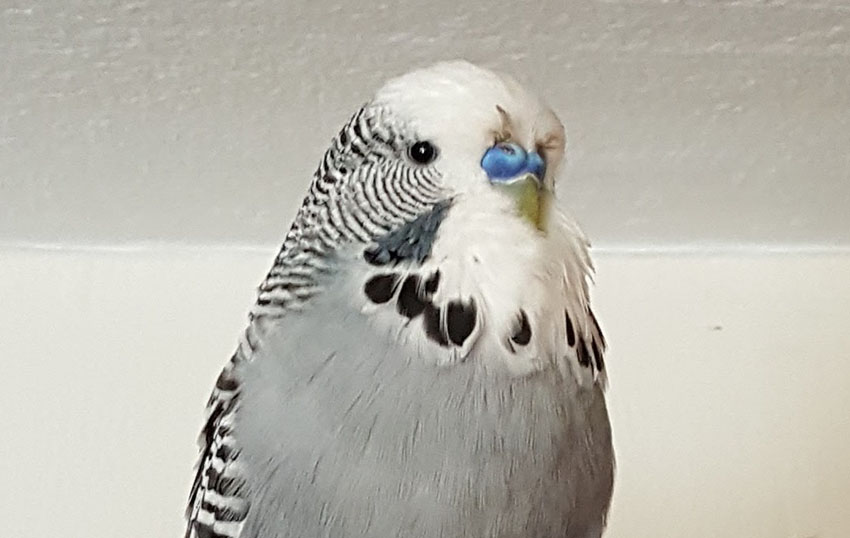 Psittacine Beak and Feather Disease (PBFD), or Psittacine Circovirus Disease (PCD), is a virus that causes feathers to fall out and beaks and toenails to become misshapen. There is no single pattern to the symptoms, which can range from a bedraggled-looking bird to a completely naked one. Skin sores and blemishes may appear too. The virus is passed on through droppings, and there is no cure. This makes it vital that you isolate the affected birds, and get a proper diagnosis from a vet. Th feathers around my budgies eye and ear are out of place, I’m not sure why. The bird won’t put its feathers back into place either. Why and how would those feathers be out of place ?

My new girl budgies long feather has come out of place. It’s sticking out away from her. I don’t know what to do

My budgie (blue) has lost his tail feathers and is now losing feathers around his neck . he is 5 years old and has always been a happy healthy budgie . he doesnt leave his enclosure at all anymore and isnt as active as he use to be . i have 11 other budgies . should i isolate him from the rest as i dont know whats causing it and all of the other budgies are happy and healthy ?

I have noticed pinkish white feathers around my female bird’s vent I’m worried about her so I wanted to know if I should take her to the vet! I’m also worried if she will have an egg too.

My female budgie is old. And has just started losing feathers on the top of her head. Is this just a sign of old age? I've had her for 8 years from a baby. Always been a healthy happy budgie. Any advice welcome.