There is only one species of budgerigar, so any distinguishing name you might meet in print such as ‘English’, ‘American’ or ‘Australian’ is mere detail – all of them are Melopsittacus undulates. Having said that, these three broad groupings are helpful.

‘Australian’ refers to birds confined to Australia (following the export ban of 1894), generally resembling their wild ancestors very closely in size. ‘American’ budgies (or pet parakeets, as they are commonly called in the USA) are slightly bigger than the Australians, but still close to the original wild birds in general shape. ‘English’ budgies are noticeably larger, and have more variation in feather length and thickness. English- and American-type birds, despite their tags, can be found all over the world. 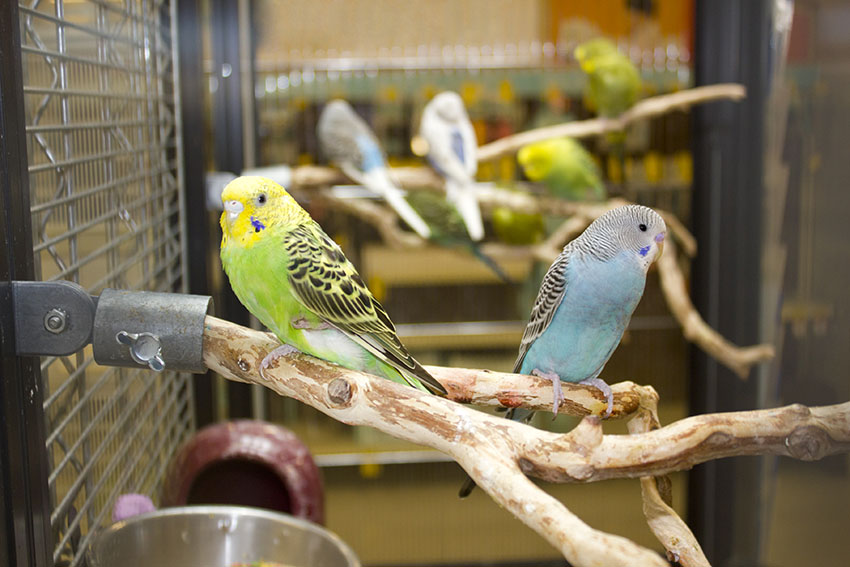 One species, but many varieties


All three of these broad groupings of budgies come in a handful of varieties and a range of colour types, rather than distinct breeds. There has been no interbreeding with related species to produce novel shapes and forms, and the gene pool is relatively limited, producing just a few variations in size and feathers (unlike, for example the chicken, which has many genetically distinct breeds, even though they are all descended originally from the Red jungle fowl (Gallus gallus)). So, whether the type of budgie you have is larger than average, or sporting a tuft of feathers on his head or a striking all-yellow plumage, he is still unmistakably a budgie in shape, movement, voice and behaviour. Help me to research about birds