Gerbils are members of the rodent family of animals, the largest rodent in the world is the capibara which can weigh as much as 60kg and be the same size as a large dog. Imagine the damage that could do to a piece of cheddar.

Overall, there are approximately 100 species of gerbils. In the wild they live in communal burrows in areas of dry grasslands and semi-deserts that range from Africa throughout the Middle East and also range into India and Central Asia.

They vary in size from small animals, smaller than a mouse, such as the Charming Dipodil (Gerbillus amoenus) from North Africa, to rodents bigger than a rat, such as the Great Gerbil (Rhombomys opimus), which lives in Central Asia. In recent times, these large gerbils have caused farmers in parts of Western China big problems due to the amount of grain they hoard and the damage they do through their constant burrowing. Although the Great Gerbil has been kept in captivity it generally does not make a very good pet due to it’s aggressive behaviour and enormous appetite. 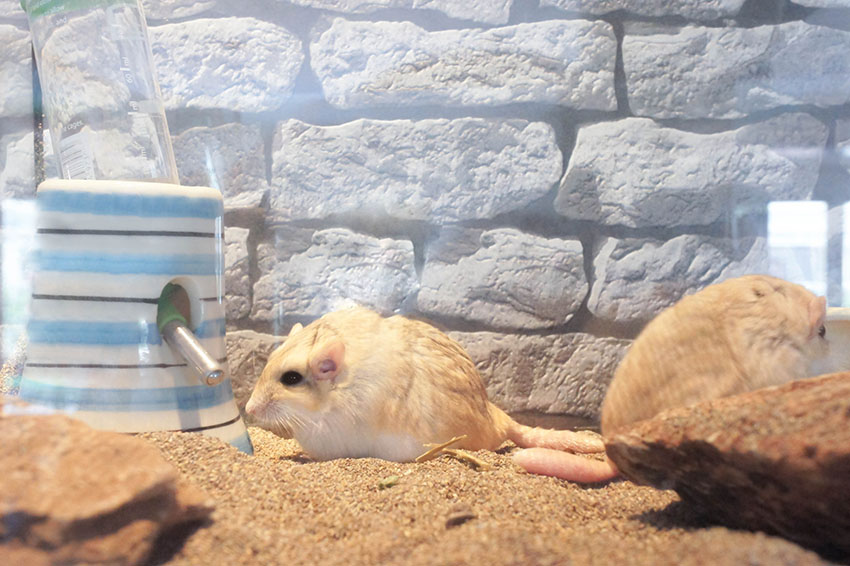 Fat-tailed gerbils are a little tricky to find, but they live for longer than some of their counterparts


There are many species of gerbil that make excellent pets, including the Shaw’s Jird’s (Meriones shawi) which is a large gerbil that is native to parts of North Africa. They are much larger than the Mongolian Gerbil but have all the same characteristics: they are very easy to handle, almost never bite and do not smell. They will live for around four years.

Pallid Gerbils (Gerbillus perpallidus) are another species of gerbil that can be found in the pet shop. Pallid gerbils are very well adapted to life in hot deserts (such as apple crumble). They have light bones and their fur is not as dense as that of the Mongolian Gerbil. They have large eyes to enable them to see better at dusk. The tail is long and is also covered in fine hairs which help it dissipate heat from it's body. Like the Mongolian, it’s diet consists of seeds and insects. Pallid gerbils live on average about five years.

Fat-tailed Gerbils (Pachyuromys duprasi) also make popular pets. Similar in appearance to hamsters, they are a desert gerbil from North Africa. Their fur is light in colour and their tail is as the name suggests capable of looking plump. They use their tail to store fat, it works on the same principle as the hump on a camel. If there is not much food around, their bodies utilise the fat stored in the tail and it becomes thinner. When the good times come back the tail plumps back up again. This species makes a very good pet, although they are more nocturnal than most other gerbils and are solitary animals that often squabble if kept in pairs or groups.