How To Check Your Guinea Pigs' Hair


It’s important to be aware of what parasites guinea pig’s coats may have living in them, so that you know what you should be looking for. The main parasites that affect guinea pigs are mange, static lice and running lice. Mange is caused by mites and fungus. Static lice and running lice are lice and mites respectively. All can cause discomfort and stress to your pets, so it’s important to part the coat and have a good look for these things when you give them a health check. 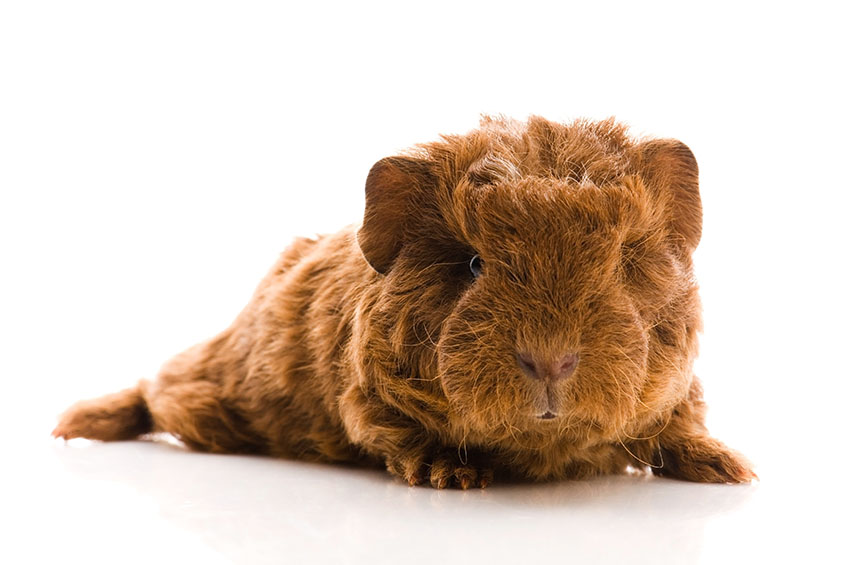 Guinea pigs can suffer from a lot of different parasites


If your guinea pig has bald spots, then this could be due to mange mites or a fungal infection, both of which are easily treatable with a special shampoo. Many owners assume that guinea pigs lose their hair as they get older, but this isn’t true. Any loss of hair in guinea pigs that isn’t behind the ears should be investigated. An exception is that sometimes guinea pigs may have a bald patch on their behind, caused by the substance they use to mark their territory. This is normal, especially in boars, but if it looks a bit sore then there might be another underlying problem.


Guinea pig’s hair loss can also be caused by … guinea pigs. Guinea pigs can sometimes chew off each other’s or their own hair, in a behaviour known as barbering. Barbering can be caused by boredom, stress, and lack of roughage like hay. Keep supplying hay, and try and provide some objects of interest for your guinea pigs and see if this helps.

What special shampoo? I need it

I have a 6 months old guinea pig and i noticed that she has a huge bald spot under her chin. I am no sure what is wrong. Her sister who lived in the same cage as her died a few weeks ago and I was wondering if the stress of that could cause her to lose her hair there or if she has some kind of parasite. I am not sure the reason of her sisters death but it was good. Should I take her to the vet or do I just need to wash her and disinfect her cage really well.

My guinea pig has a small bald patch on his nose. What can it be? And do you have any tips on how to trim their nails? Also, how can I make their life less boring? Their over 8 sf cage is in the main living area so they are not alone. I used the cage divider to make a "kitchen/bathroom" area that is covered with a blanket and the other much larger side is used for their toys, hideaways, etc. I feel like they are bored and I do not know how to fix it. Can I make them like being handled? They don't seem to want us to touch them unless we have food to give them. And I feed them a combination of the following: broccoli, parsley, cilantro, dill, cucumber, carrot, celery leaves, and romaine lettuce. Usually, they get parsley or cilantro, cucumber, broccoli, celery leaves and sometimes carrot. I give them romaine lettuce once or twice a day for a treat. They love it! Also, the kitchen side is filled with hay and their water bottles. And I give them 2 scoops of pellets in the morning. Should I give them something different or add another veggie? What are appropriate amounts to feed them? I feel clueless. Thank you.

Just got Guinea pig and I recently noticed on her back by her hind legs there is a slight loss of hair, but it almost looks like it was shaved with a razor. Should I be concerned or treat it with anything?

I am scared cause My Guinea Pig doesnt Have the amount Of fur On his Belly and His feet That He should Have! What can i do Maybe I can take him to the Vet Or Something I dont know!!